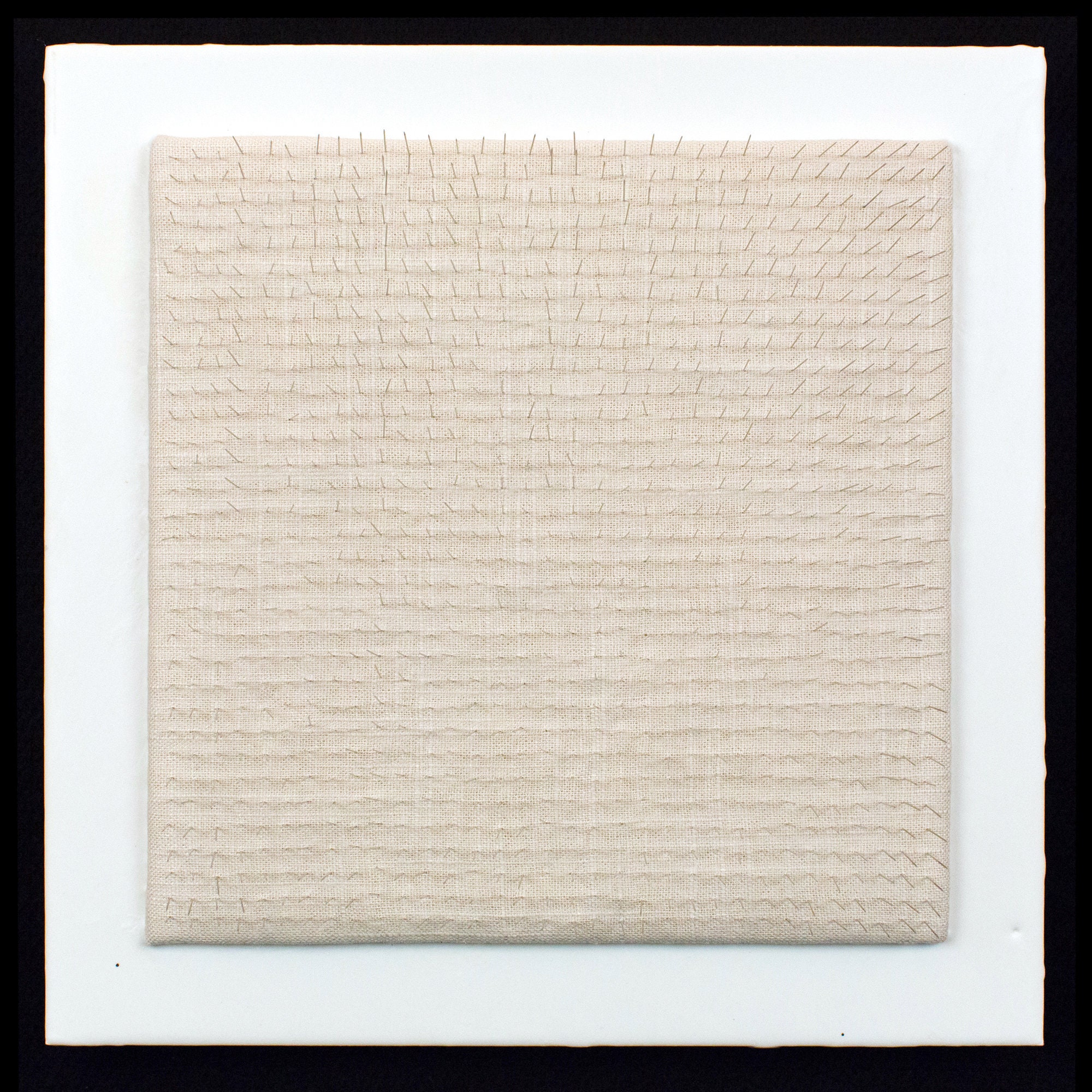 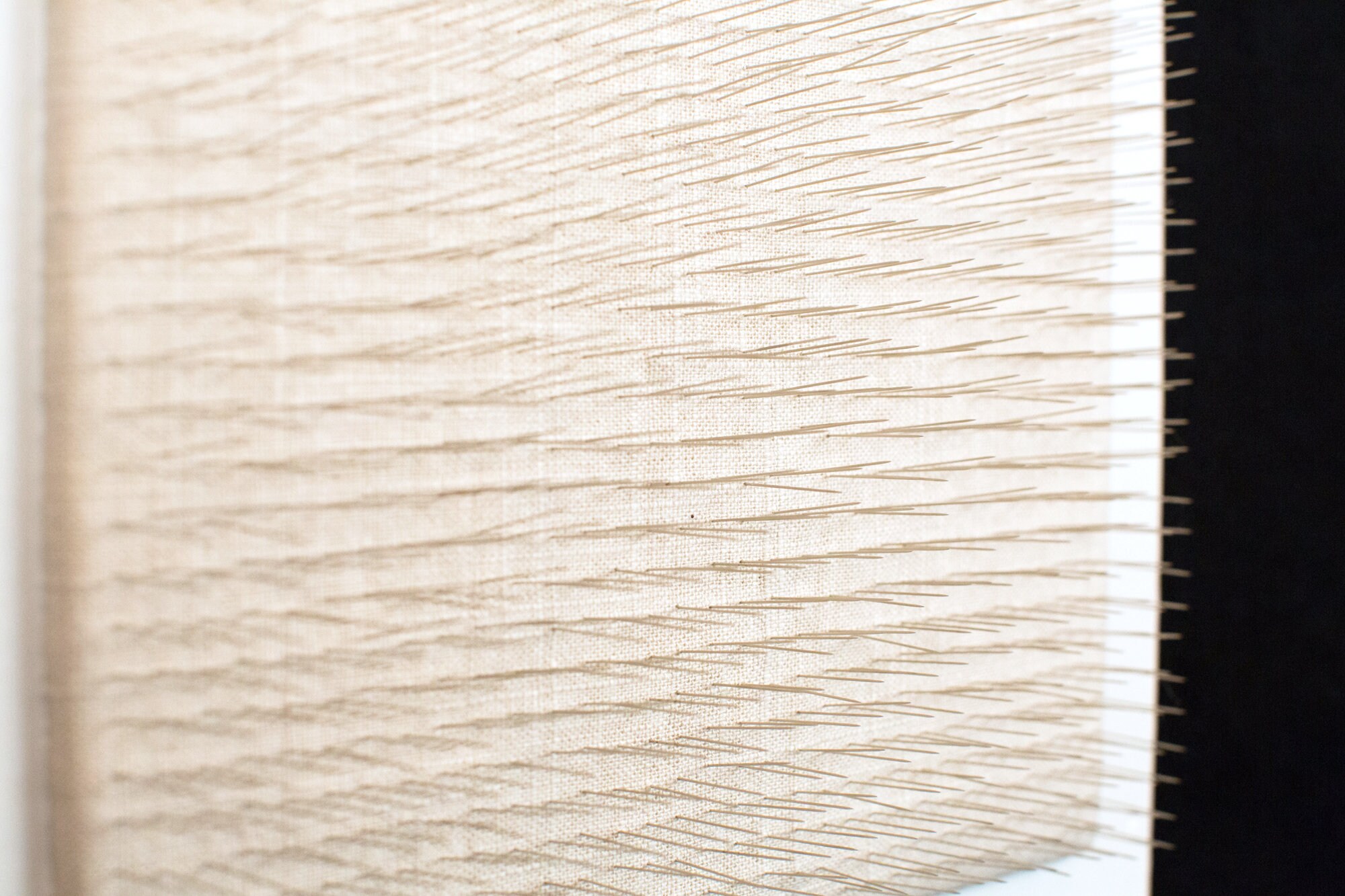 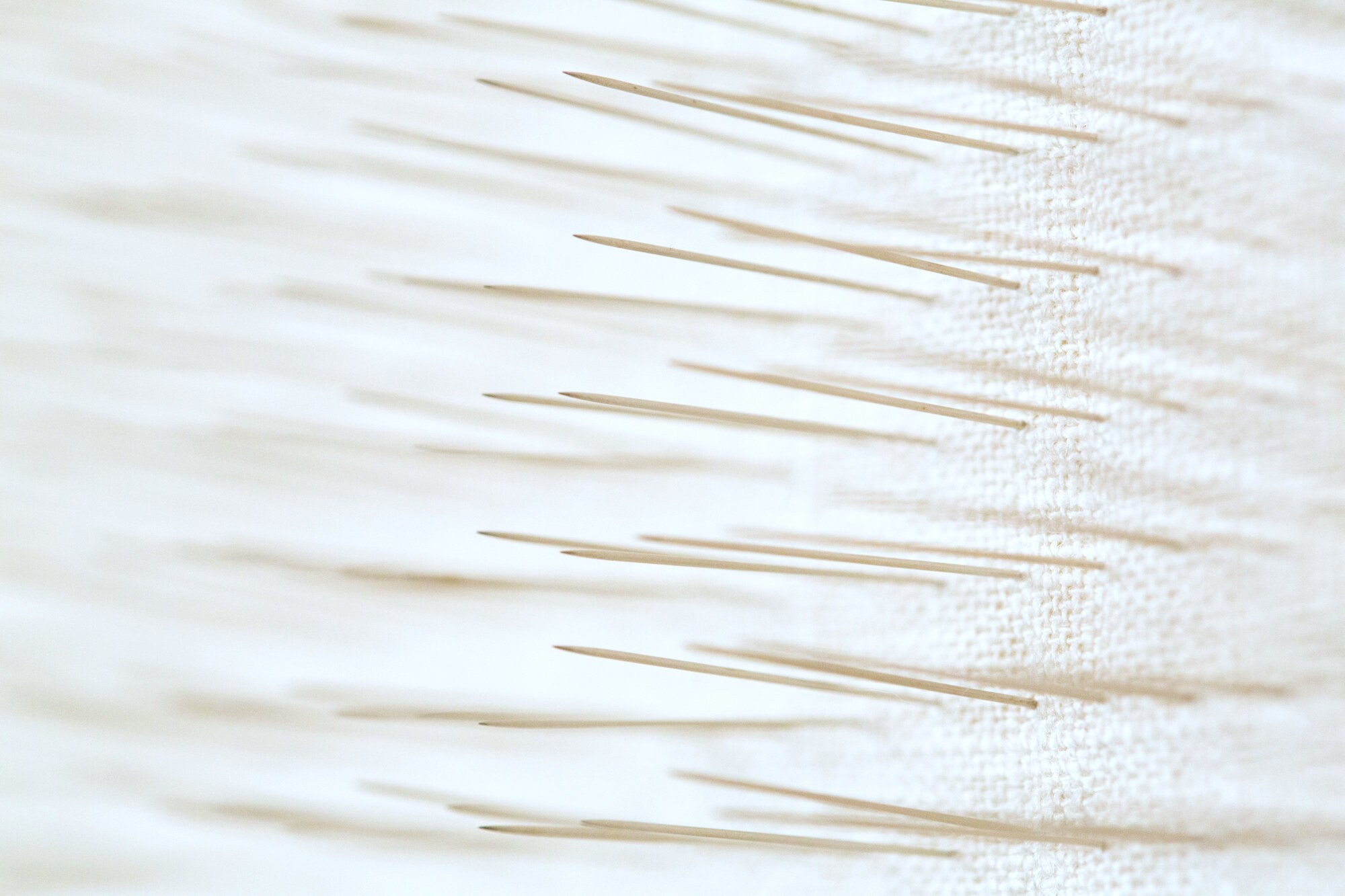 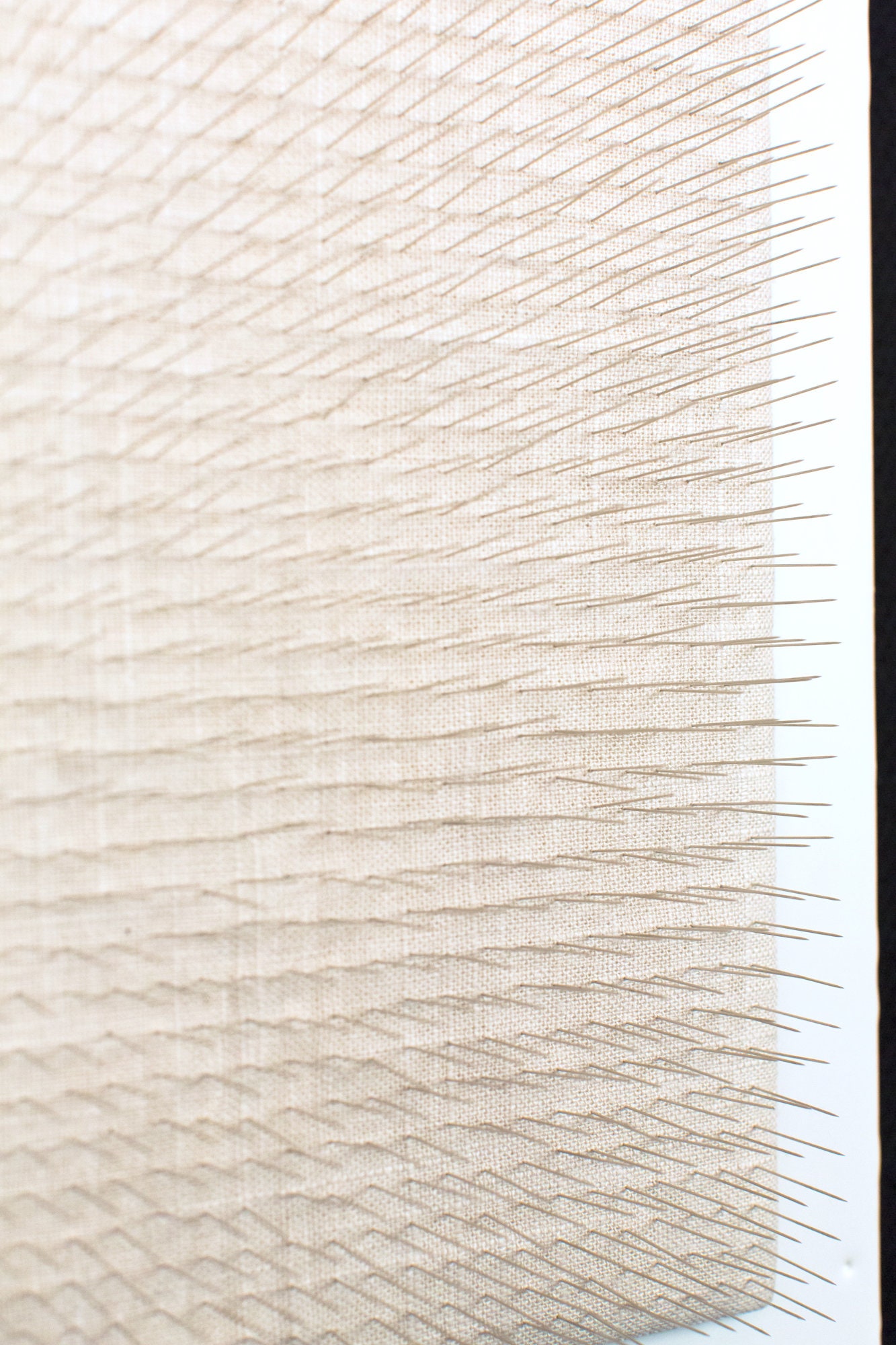 "Point" was originally hung as part of a group of nine works on wood panel. The grouping was a nod to traditional Nine Patch quilting. Point is made from 1,089 steel common pins which were pushed through a foam core panel wrapped in linen fabric. The whole "block" is fixed to a birch panel with white encaustic wax.

The mate to this piece is called "Tip" and is the reverse, however it is made with Red Glass Head Pins with the Pin Heads facing out. See it here:

See all of the original Nine Patch grouping in the last photo! Some of the other panels from this grouping are available here:

Point was part of the Red Work exhibit at the Hampden Gallery at the University of Massachusetts at Amherst in 2016. See Gallery website & exhibit information here: https://bit.ly/2GQkW8T