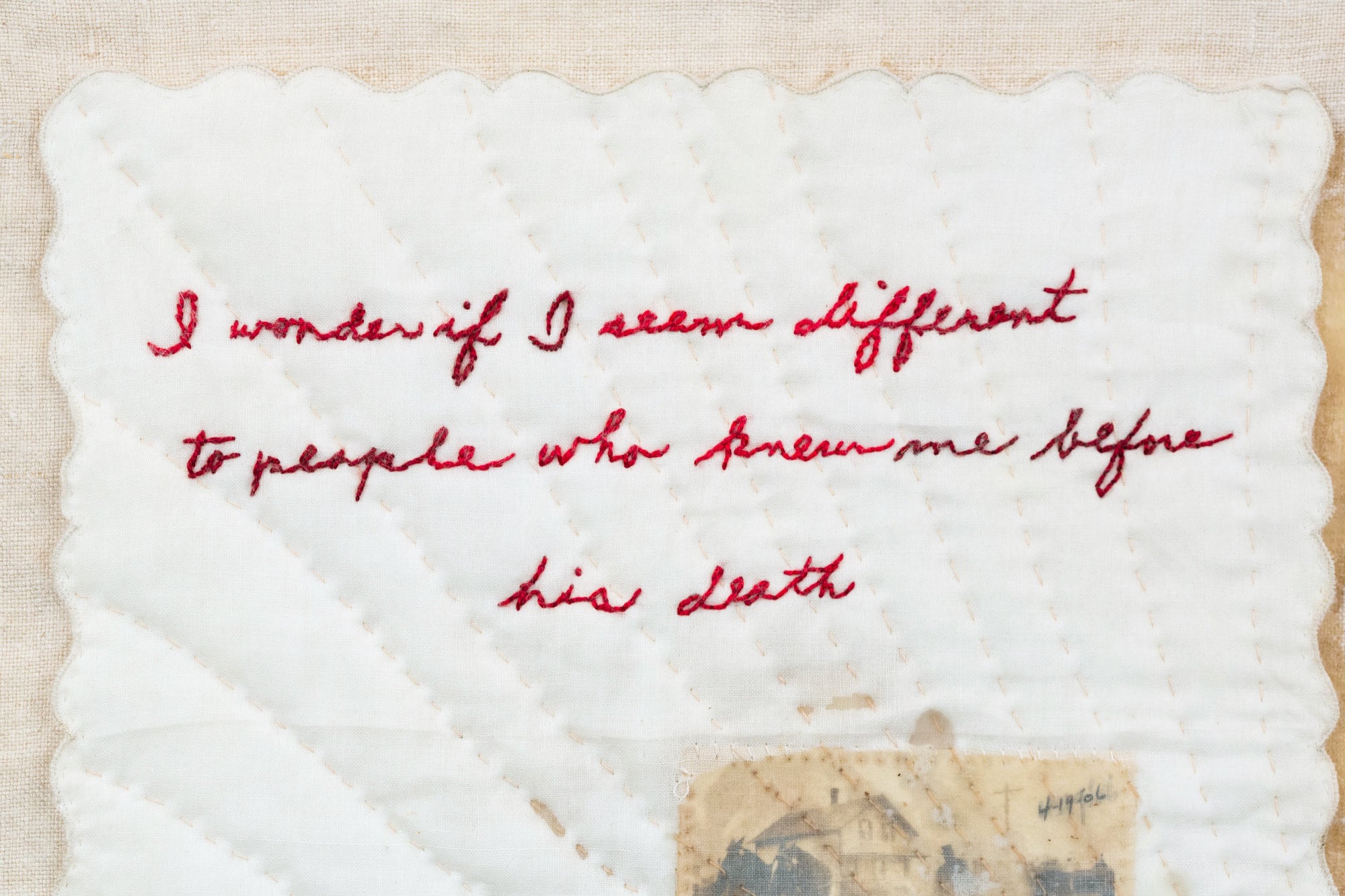 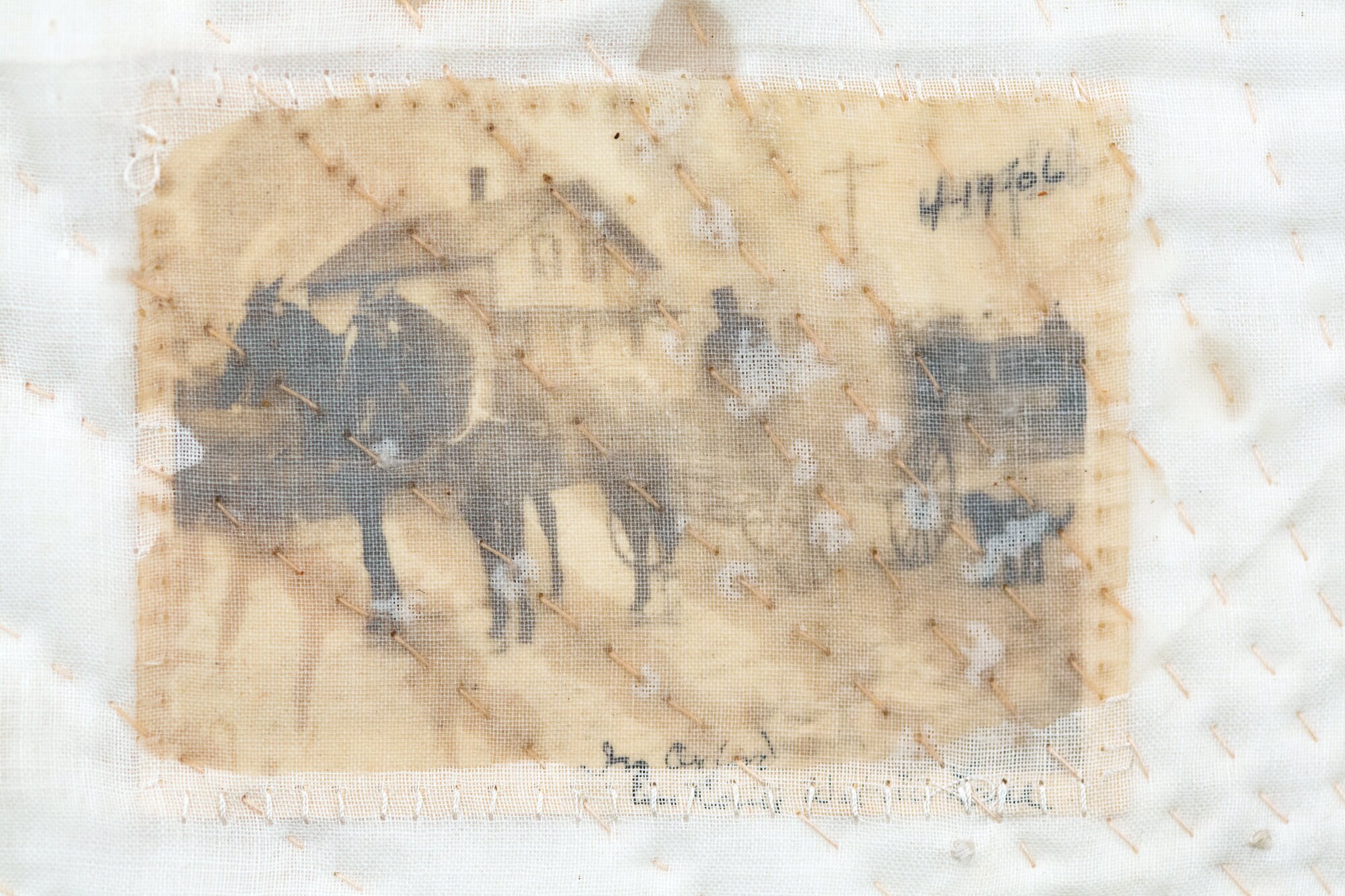 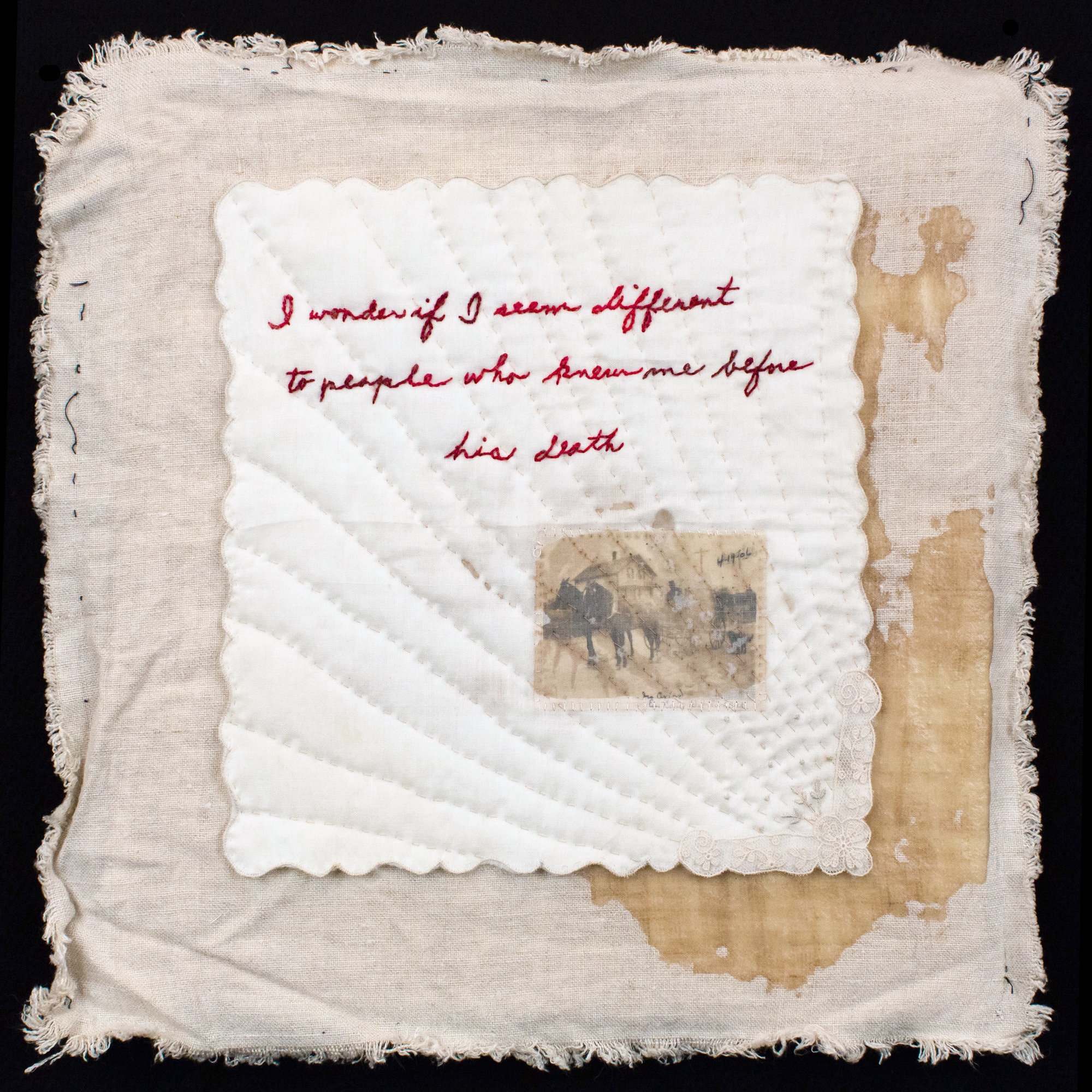 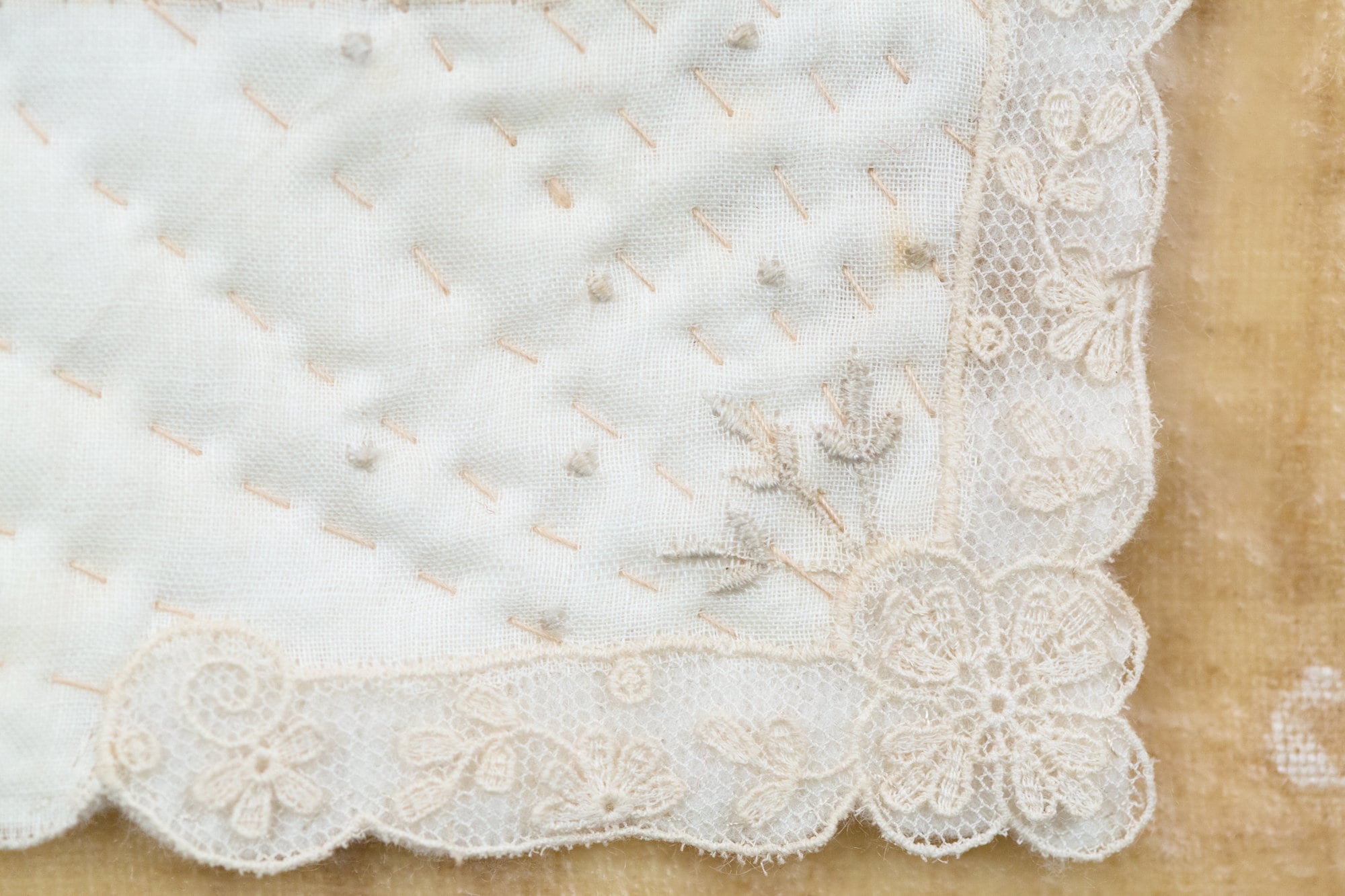 Different - from the Red Work Exhibit

"Different" was originally hung as part of a group of nine works on wood panel. The grouping was a nod to traditional Nine Patch quilting. Different centers around embroidered handwriting which was taken from my mother's journal, transferred onto a vintage handkerchief and embroidered with red embroidery floss. The photograph is from 1906 of two horses pulling a wagon past an old farmhouse and a dog. The photo lies under the handkerchief and a wash of beeswax renders the photograph visible through the fabric. The whole "block" is sewed onto an antique linen panel and then adhered to a birch panel with a clear beeswax and resin encaustic wax.

Different was part of the Red Work exhibit at the Hampden Gallery at the University of Massachusetts at Amherst in 2016. See Gallery website & exhibit information here: https://bit.ly/2GQkW8T