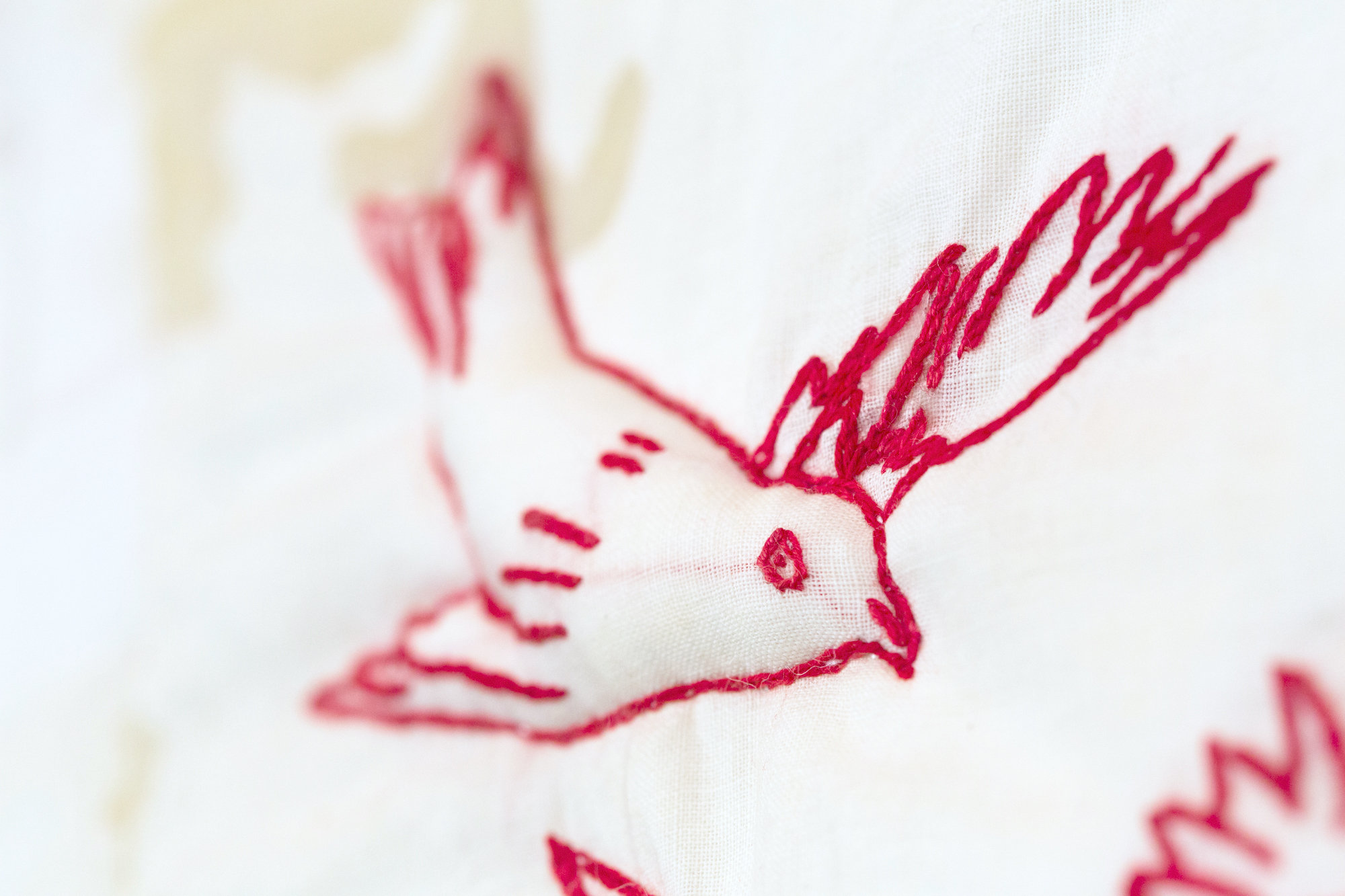 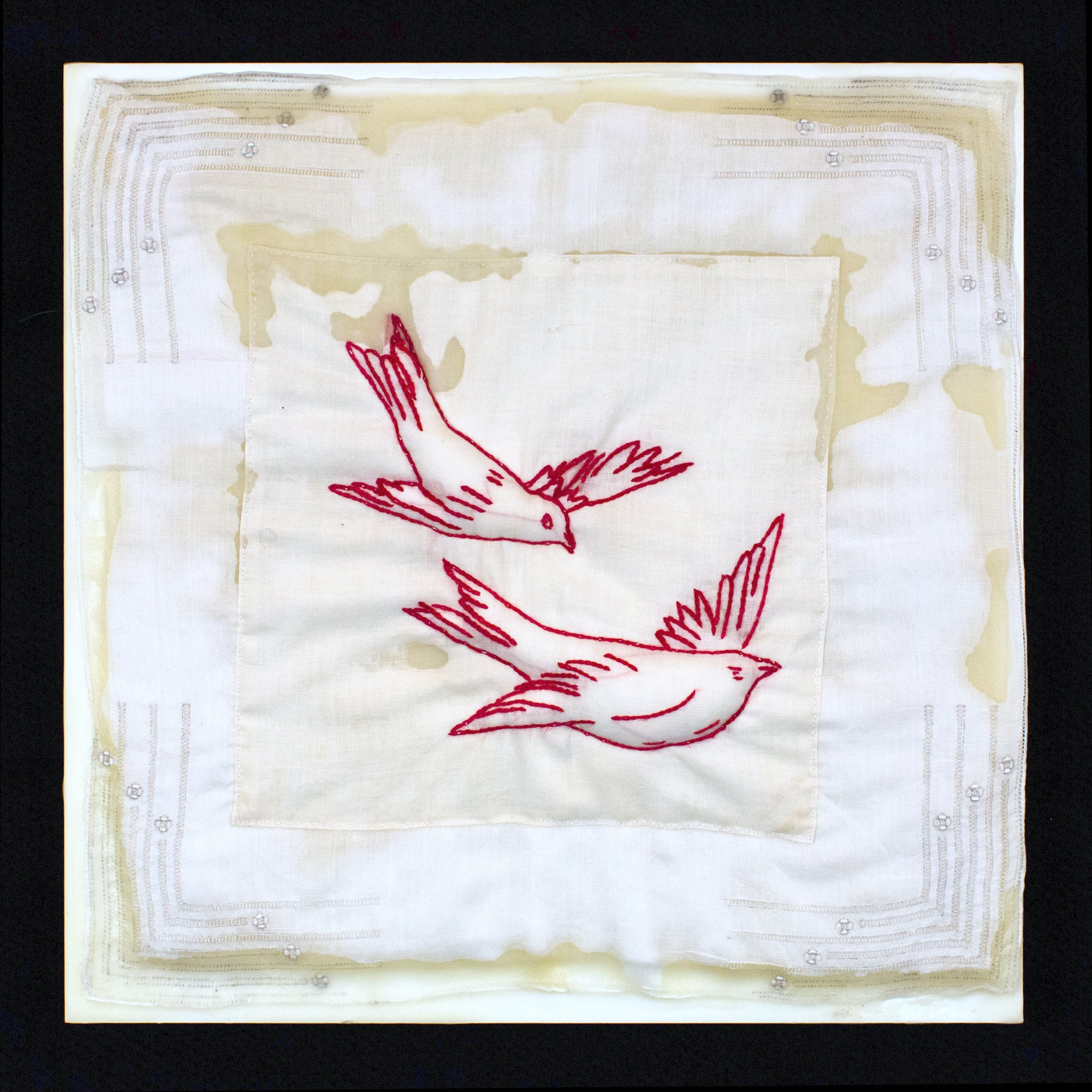 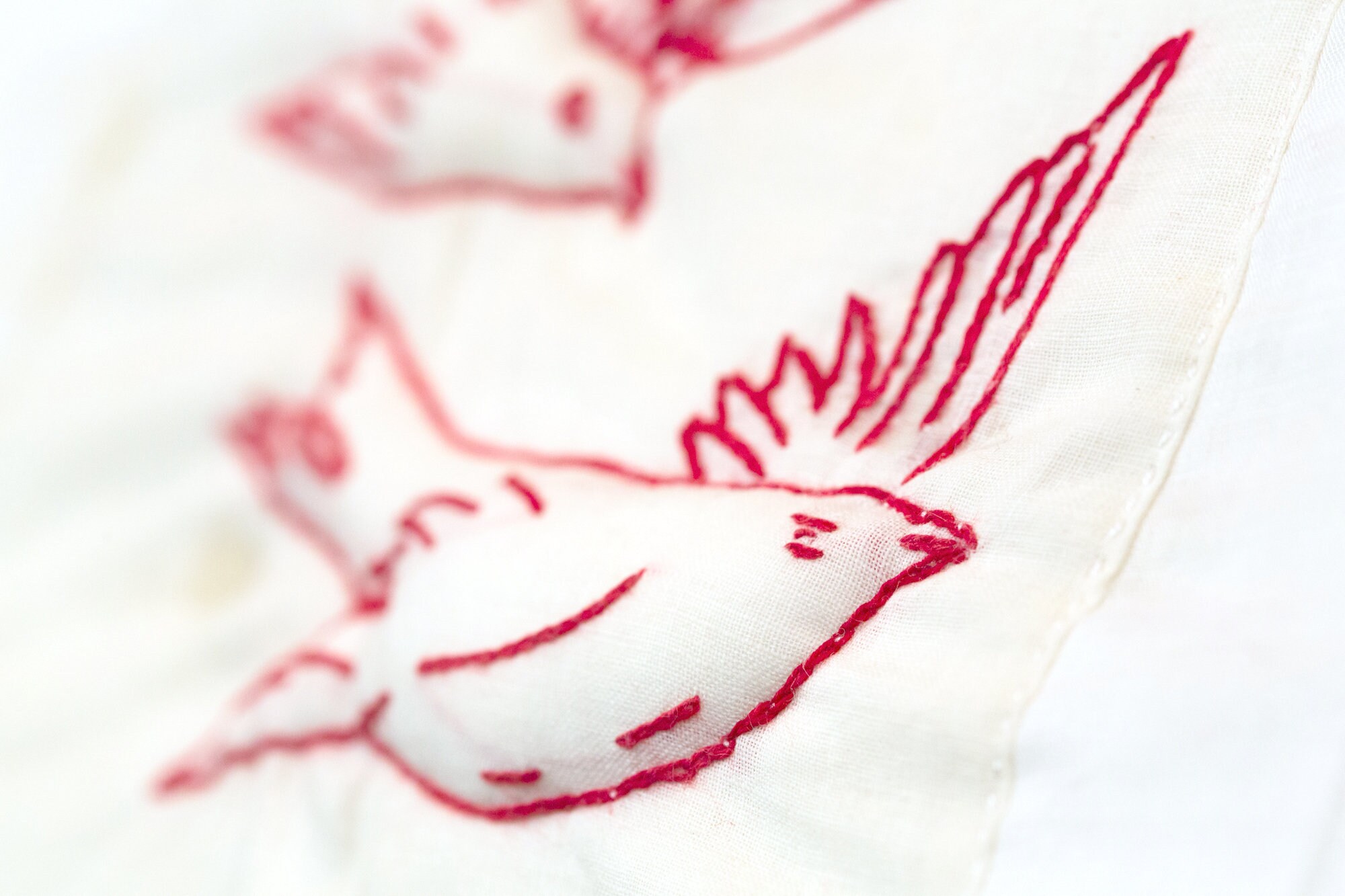 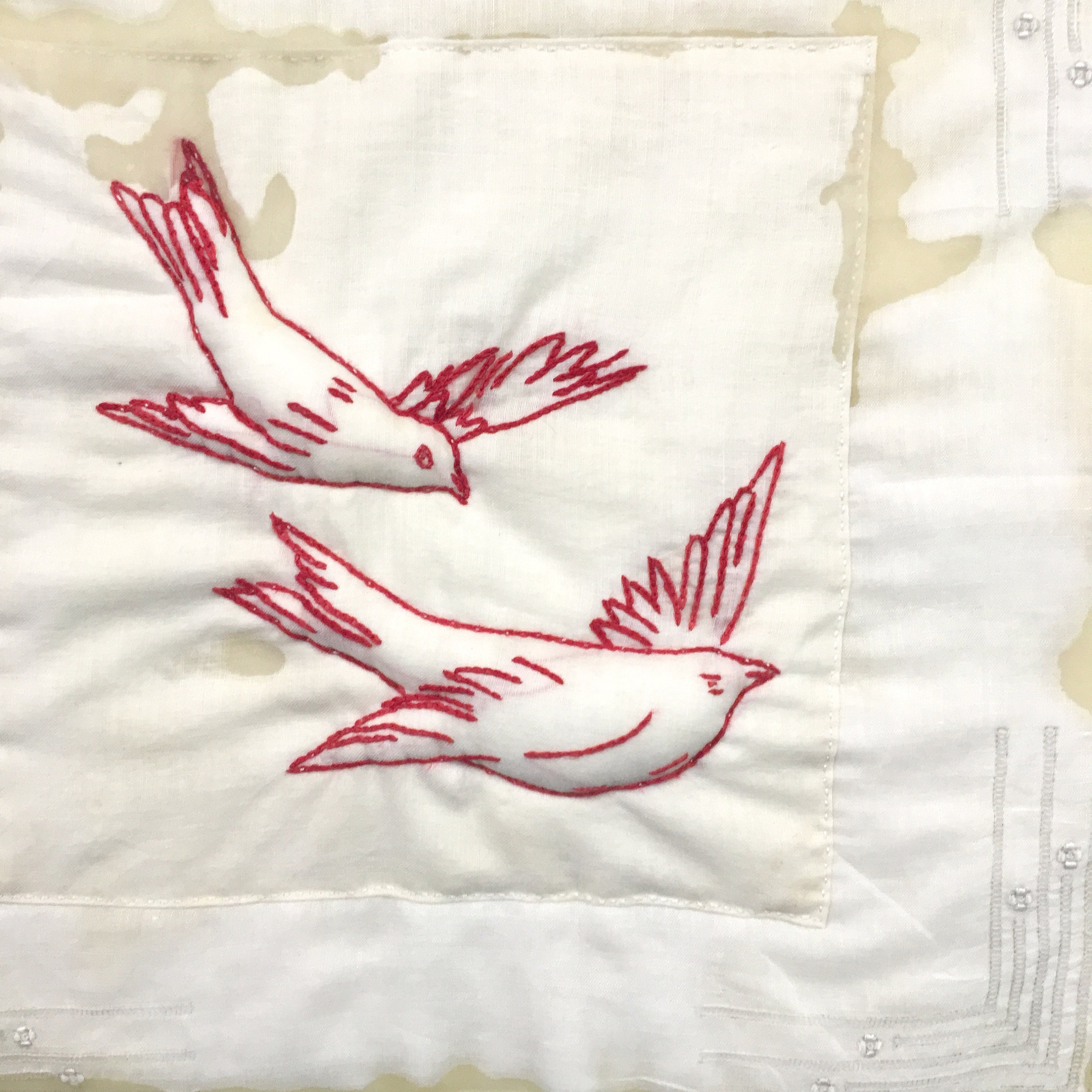 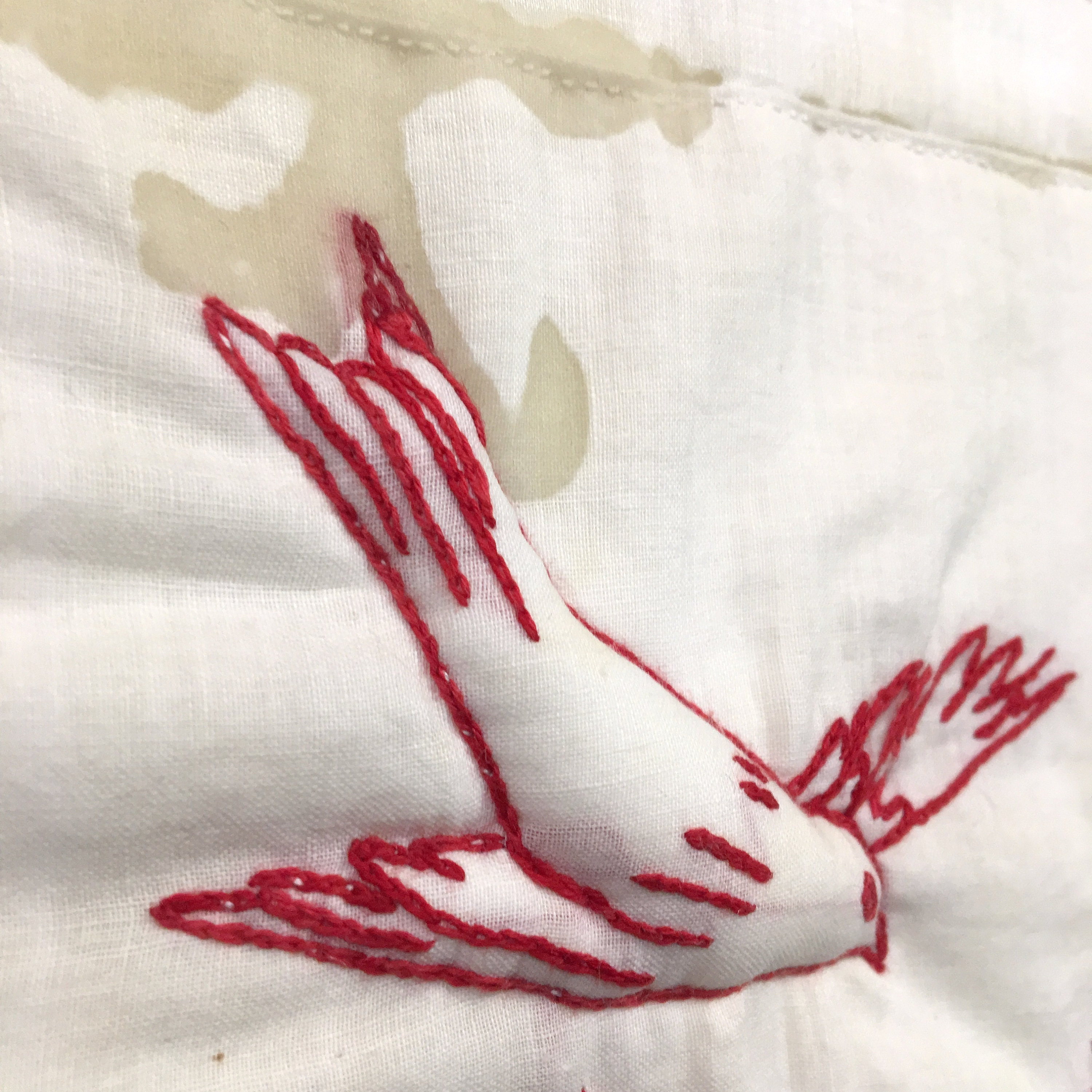 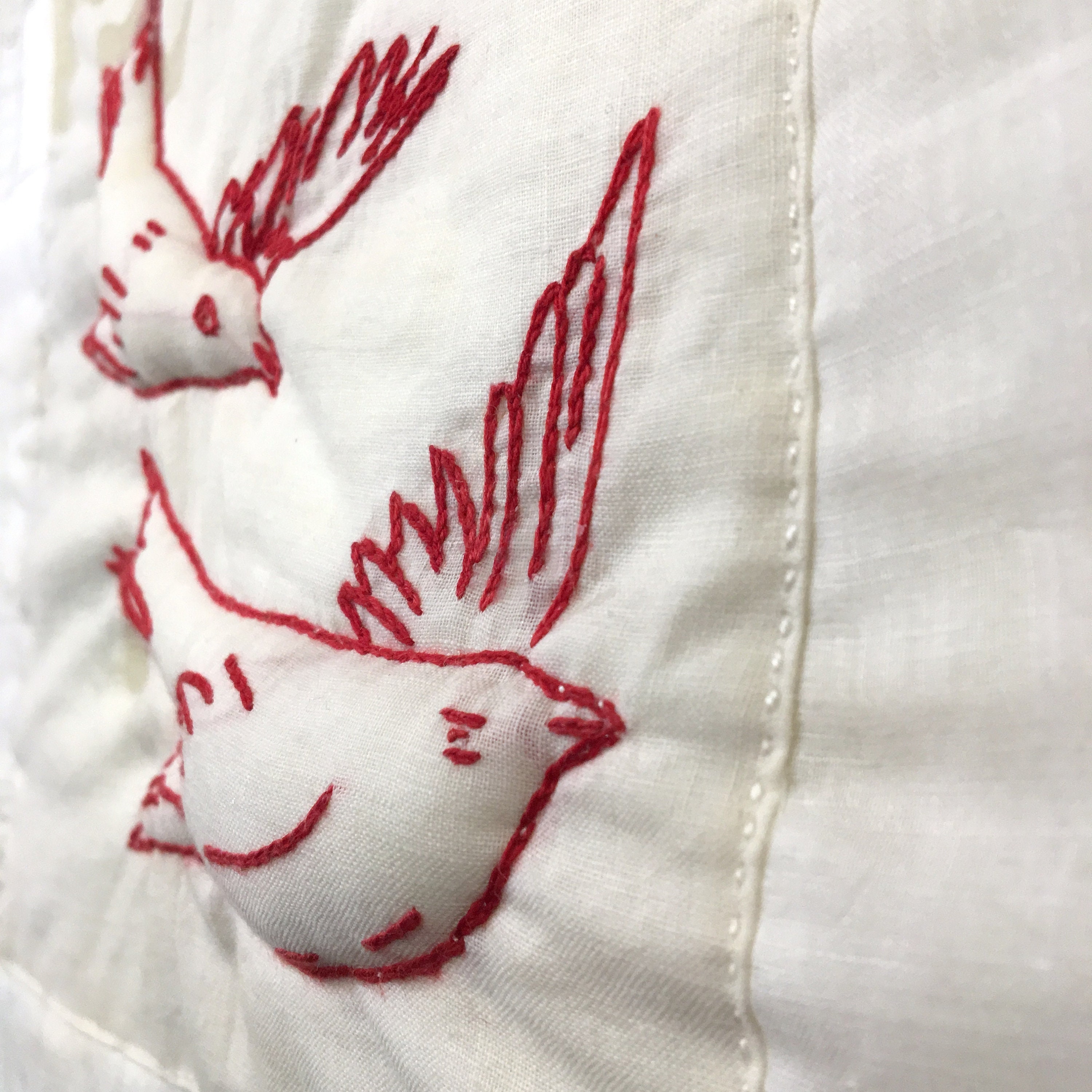 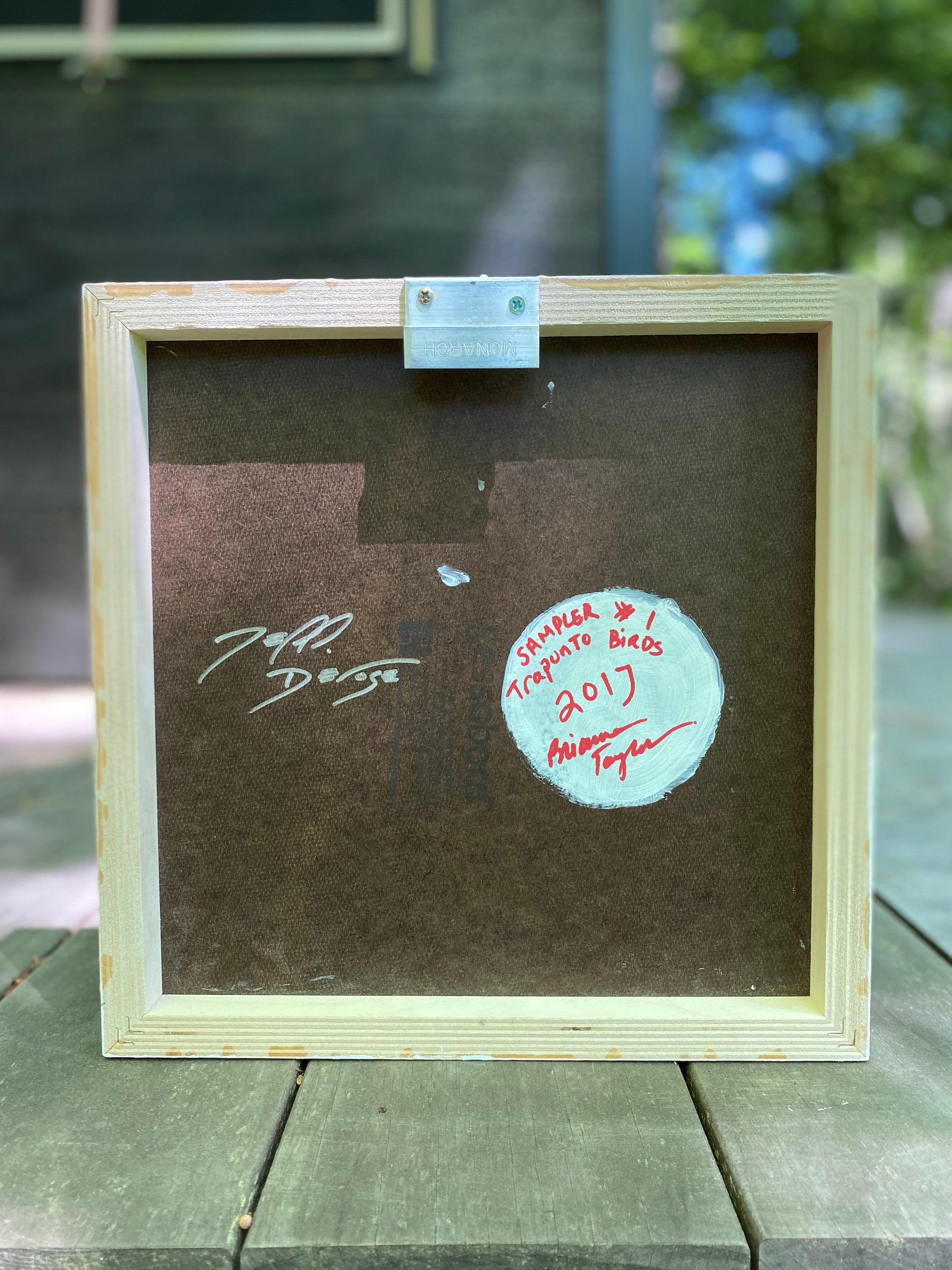 Trapunto Birds was originally hung as part of a group of nine works on wood panel. The grouping was a nod to traditional Nine Patch quilting. Trapunto Birds is made from a vintage antique Red Work Penny Square, which was embroidered by an unknown person. The embroidery was repaired, and the Penny Square is hand sewn to a vintage handkerchief and stuffed in the Trapunto style. The whole "block" is fixed to a birch panel with a clear beeswax and resin encaustic wax.

The Trapunto Birds was part of the Red Work exhibit at the Hampden Gallery at the University of Massachusetts at Amherst in 2016. See Gallery website & exhibit information here: https://bit.ly/2GQkW8T